Squirrel Sophie May and Jude Gibson 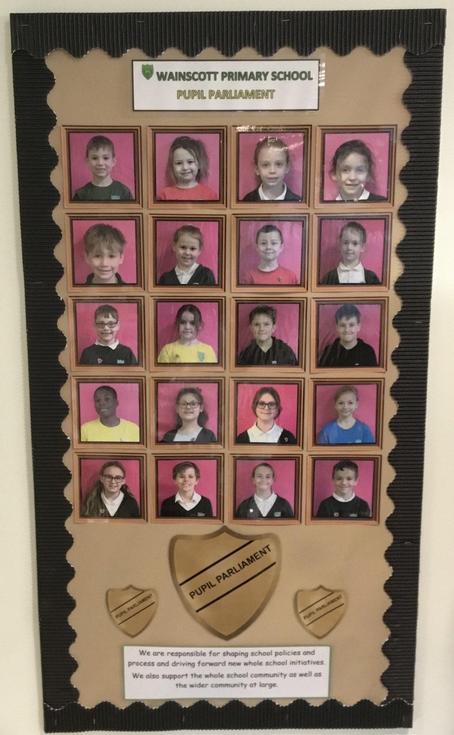 At Wainscott Primary School we believe that children and young people need to be active participants in their own education and to feel that their opinions will be heard. We seek ways to listen to the views of our pupils and involve them in decision-making so that they are engaged as partners in the life of the school. The Pupil Parliament is being set up to develop the ways in which pupils can make a positive contribution to the school environment and ethos but also broaden the experiences and wider development of our young people.

The children vote for a representative in each class by holding a ballot at the start of the year, the then elected Pupil Parliament ministers hold that post for the whole school year.

Pupil Parliament meet regularly to discuss topical and school-based issues. They work with our pupils, staff, parents, governors and wider community to support the school ethos, to improve the achievements and successes of our school and to make the school a happier place for all.

The elected ministers from each class form cabinets- Environment, Health and Wellbeing, Curriculum and Sport.  Each of these committees is designed to have a specific focus on improving Wainscott Primary School.  Our class ministers also receive training from: https://learning.parliament.uk/en/

Pupil Parliament also play a pivotal role in seasonal charity work such as : Harvest, Remembrance Day and Sport Relief to name but a few.

As individuals, our pupils bring lots of additional skills and abilities to this role in particular, however to be a successful Pupil Parliament Minister they need to: 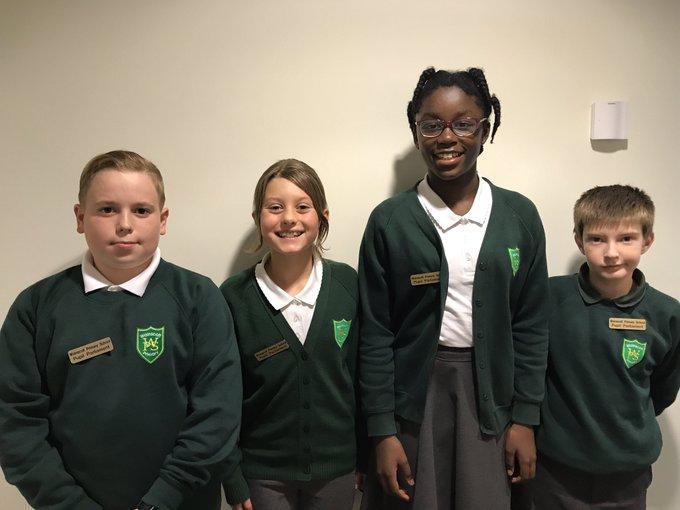 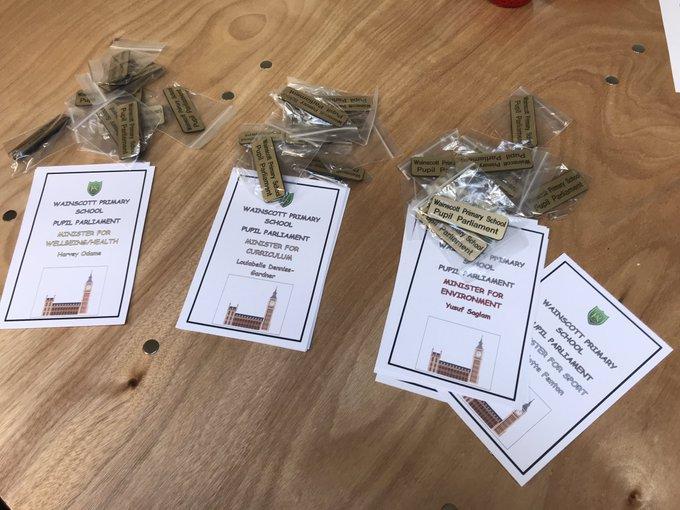 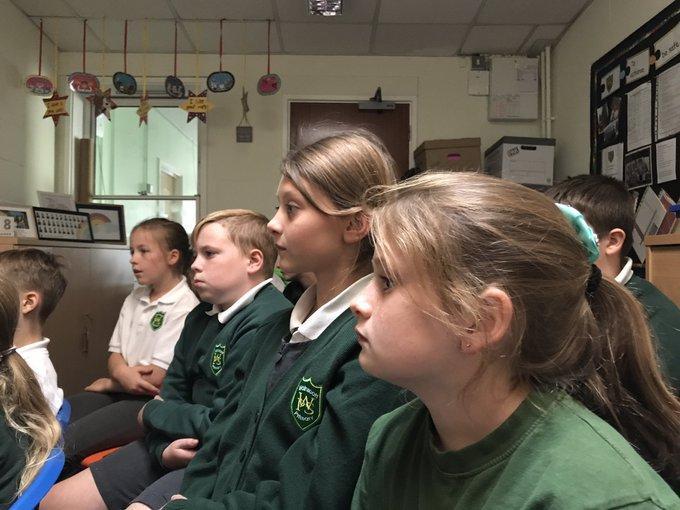 The children were given the opportunity to make their very own TV report based on Social Networking. Social Networking explored the benefits and disadvantages of social media in today’s world. Pupil Parliament discussed the different uses of social media, how to responsibly use it, and shared ideas on how to prevent cyberbullying; these messages can be cascaded across the rest of the school upon their return in the form of an assembly.

They children got to work with amazing technology, including green screens, broadcast quality cameras and bespoke touch screen edit tables. The day included: a behind the scenes tour of Sky Studios, a hands-on learning experience creating their own TV report, a chance to work with experts and cutting-edge technology and a USB wristband on which they could watch their final report.

The trip has certainly inspired the children who are now very excited about a potential future career in television as either scriptwriter, producer, editor, director, or reporter.  It also gave the children a chance to develop their oracy skills as this is an essential feature of communication and news reporting.

We are very much looking forward to seeing their news report in the first assembly of the next academic year. Such an important message around the benefits and disadvantages of social networking delivered by the children themselves will prove powerful. 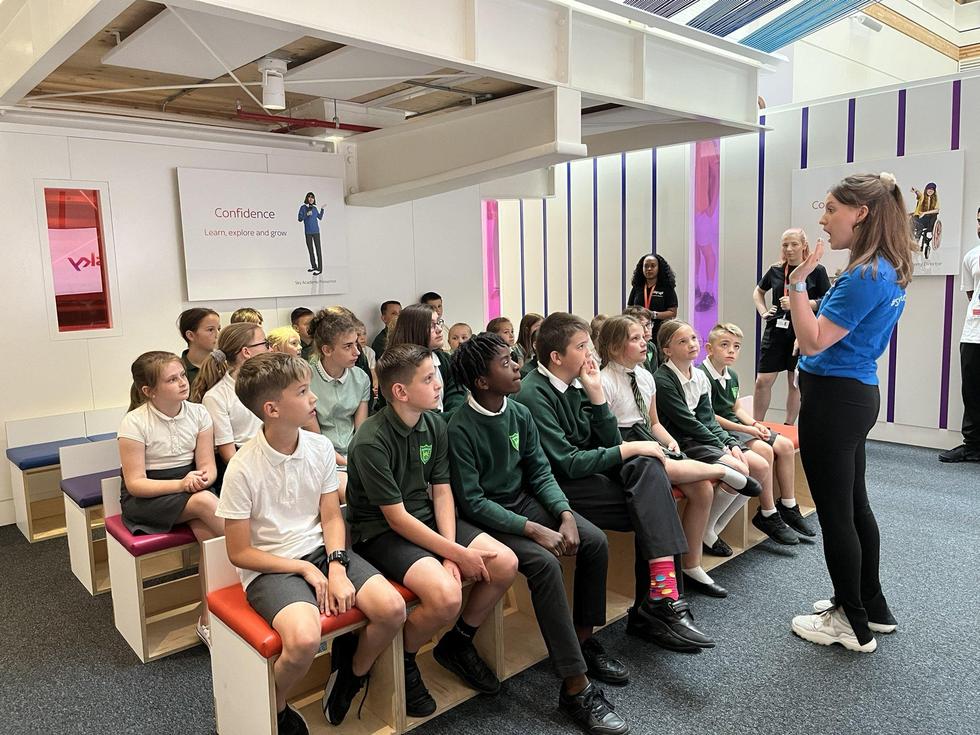 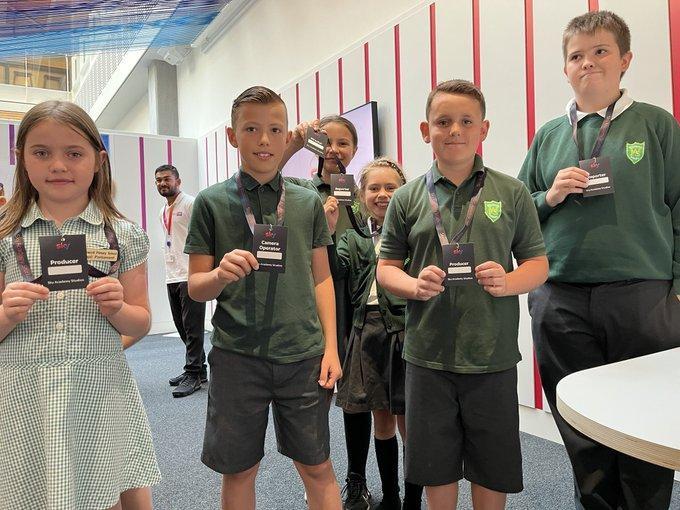 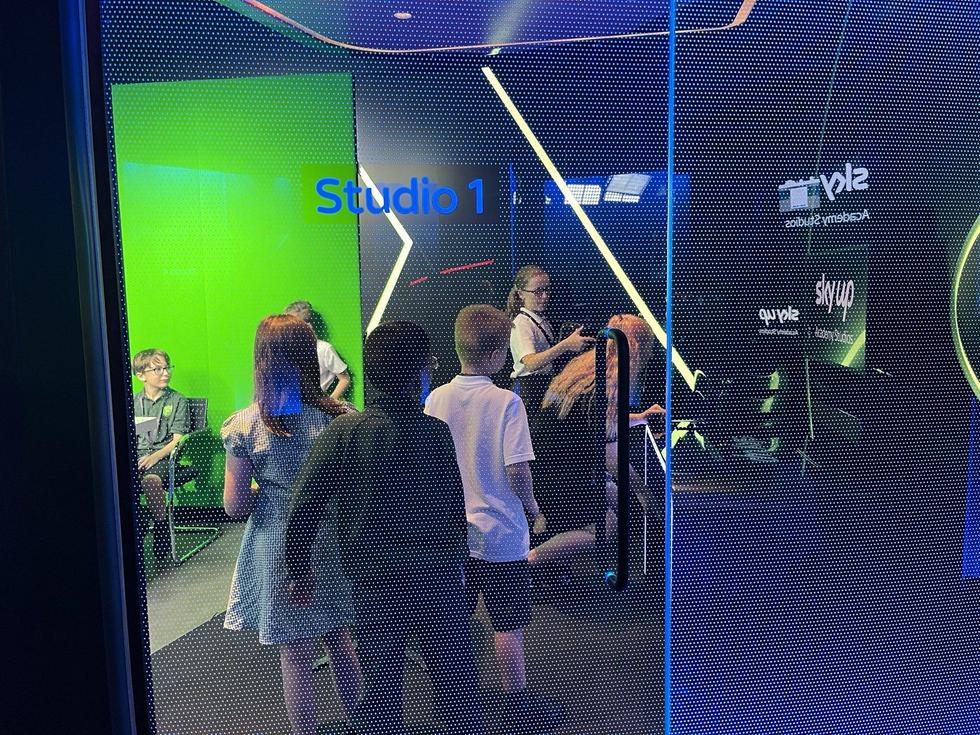 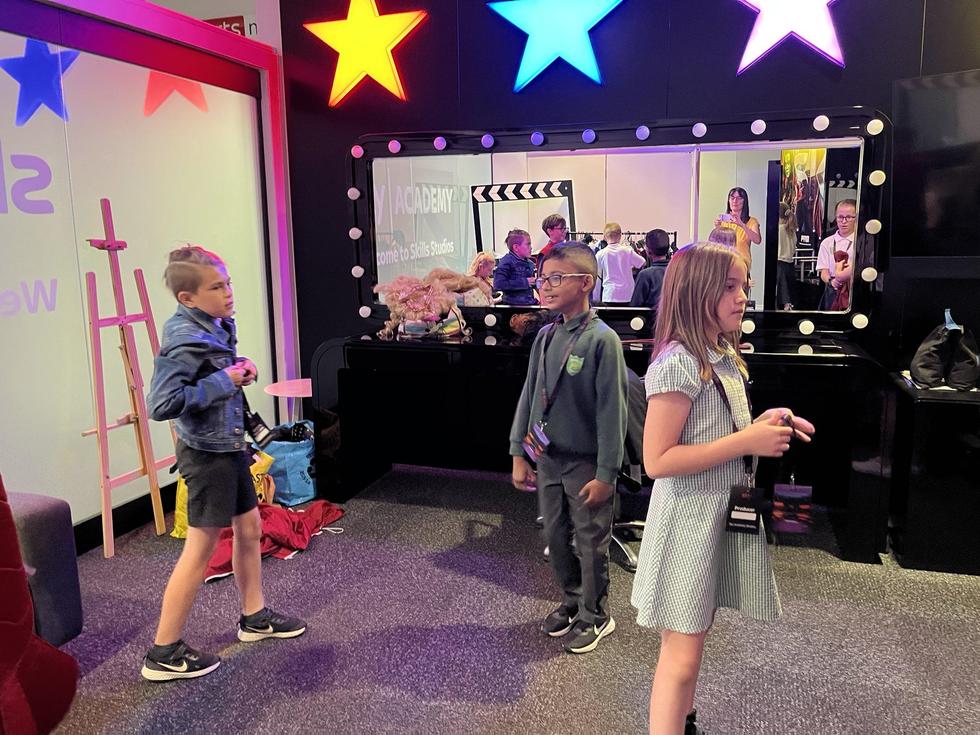 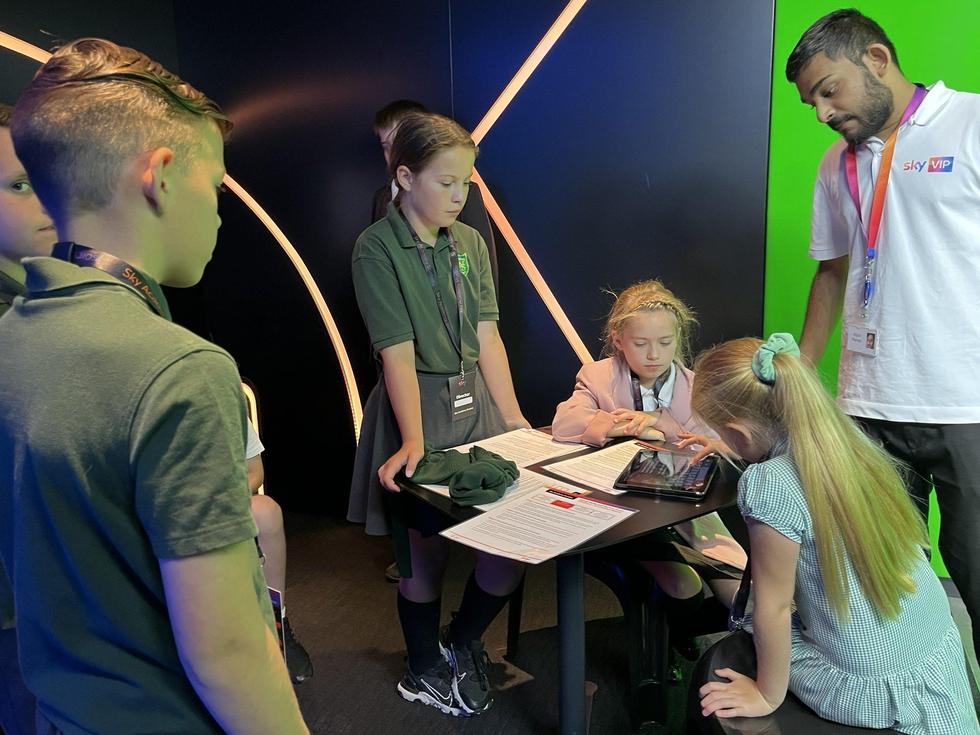 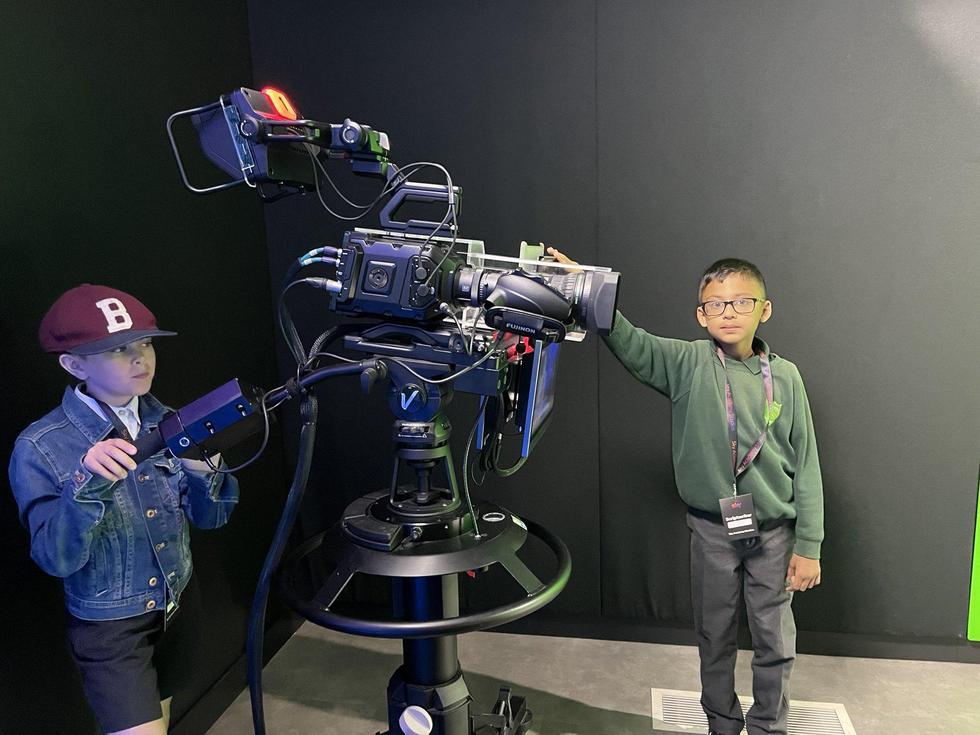 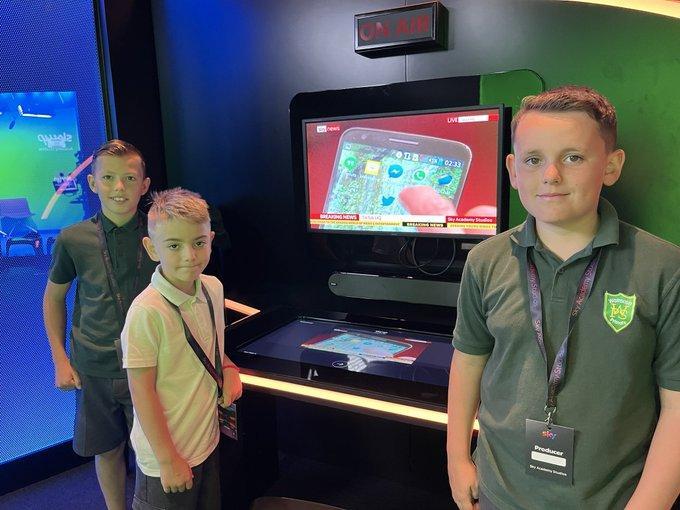 Pupil Parliament have been working hard on a number of different initiatives and met with governors at the end of last term to communicate these. Their latest project was to put together a child friendly Safeguarding Policy which is now published on the school website.

Last year Wainscott School took part in the TES Classrooms To Care homes initiative. This year we decided that rather than all children writing an individual letter- a letter was written from the whole class. This was a great opportunity for shared writing as well as recapping the features of a letter.

Pupil Parliament members, Harry and Ryan delivered these letters today and were fortunate enough to meet one of the residents as well as Amanda the manager of Montgomery Court. We really hope that these letters spread some festive cheer to those who find themselves alone at Christmas. 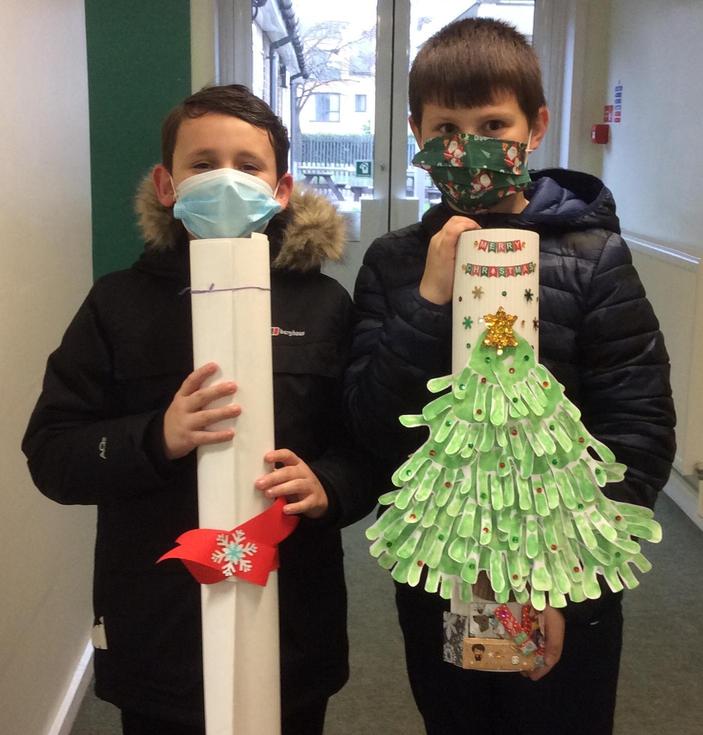 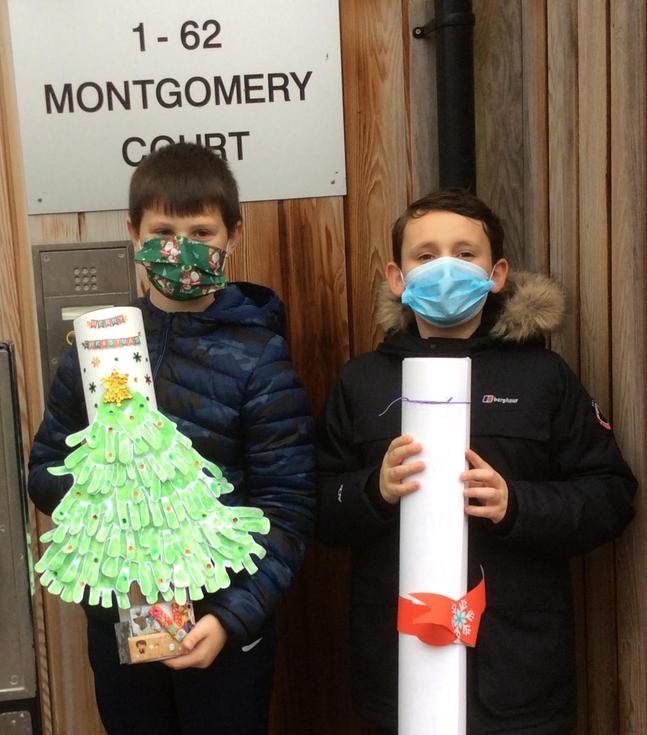 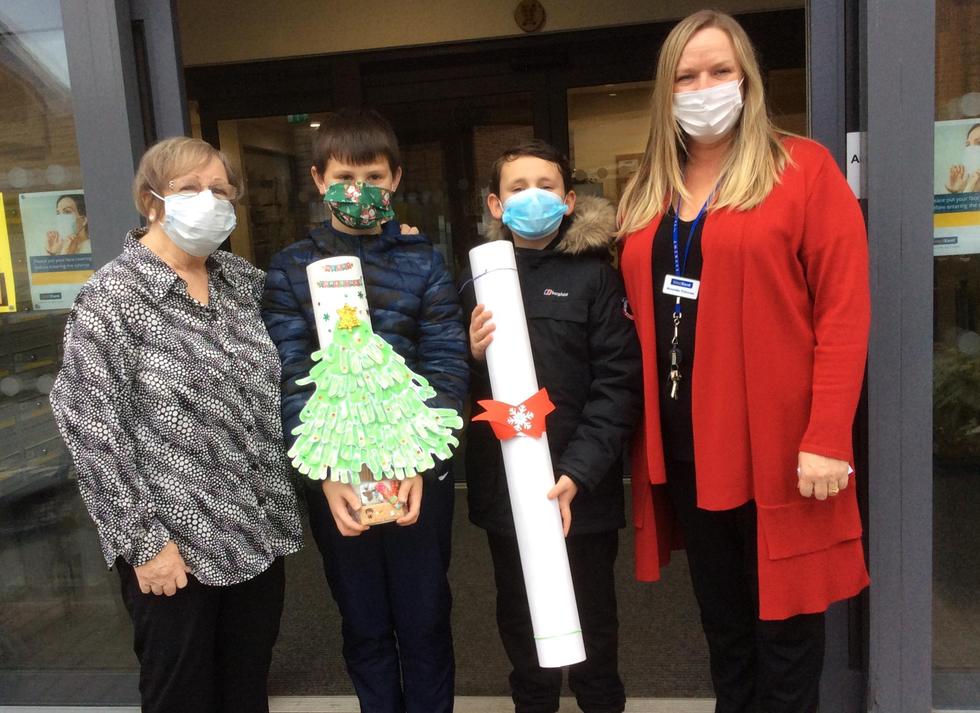 We don’t think anyone in our community should have to face going hungry. That’s why we provide three days’ nutritionally balanced emergency food and support to local people who are referred to us in crisis. We are part of a nationwide network of foodbanks, supported by The Trussell Trust, working to combat poverty and hunger across the UK.

To find out more about Medway Food Bank please click the link below: 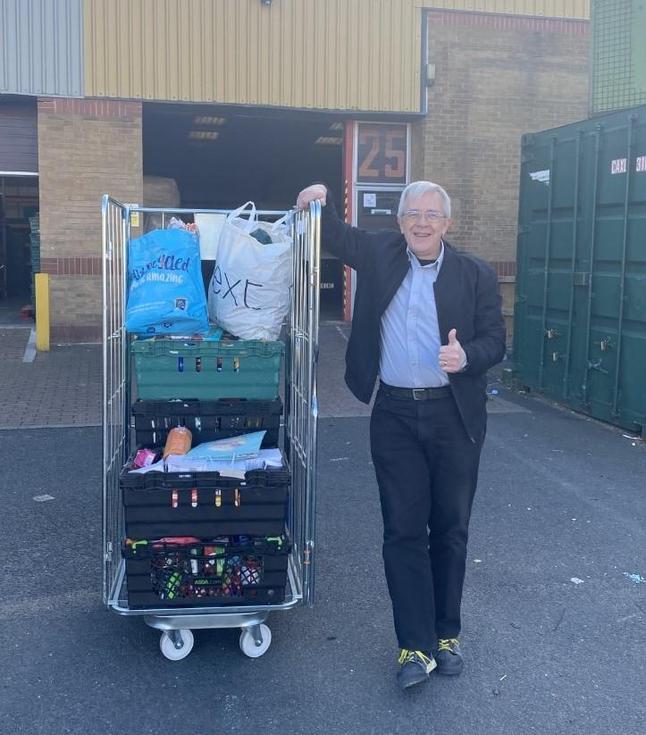 If they didn't have school dinners, why not?

What their most and least favourite meals were at school?

Which meals they enjoyed at home which they would like to see feature on the menu?

Any suggestions on how school meals could be improved?

A lively discussion in which all pupils had a voice. I think they were surprised about the variety of food already on offer and gave constructive feedback around improvements particularly when it came to the topic of pizza bases and baguettes.

Louise will now collate all this information and feed it back to Chartwells- I wonder what changes we might see in September as a result of this? 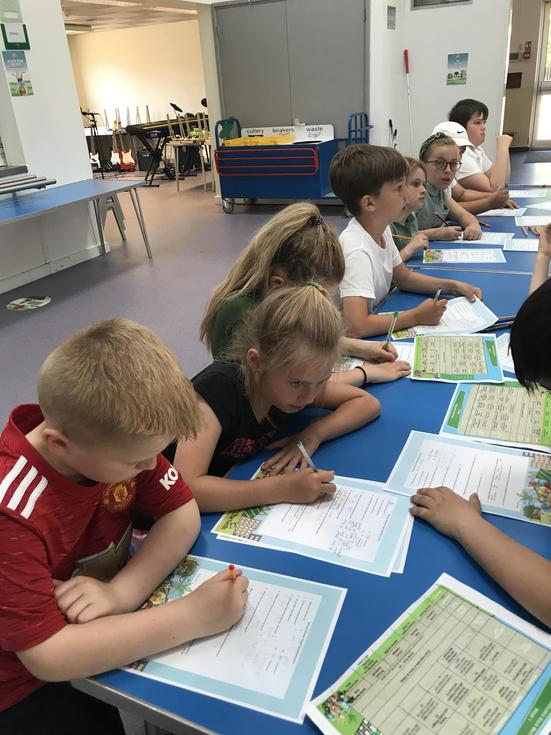 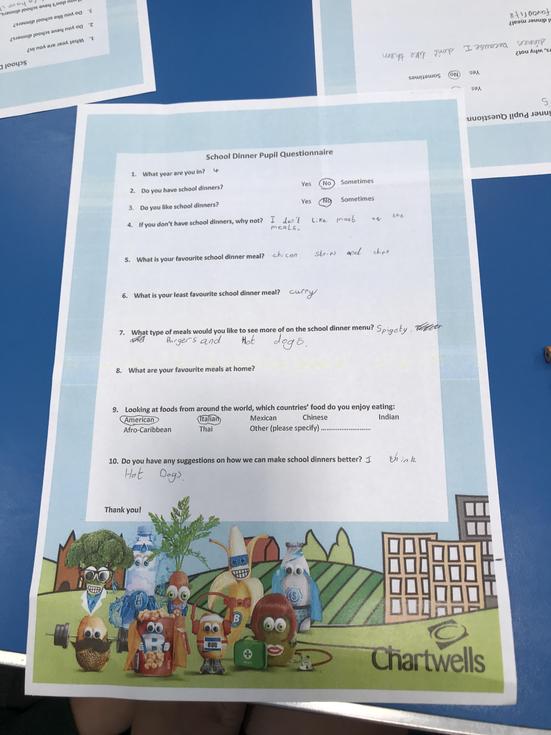 As things slowly return to normal- Pupil Parliament are working hard on the school uniform policy here at Wainscott Primary School. We are still in the early stages but watch out for the new policy which will published on the website once approved. 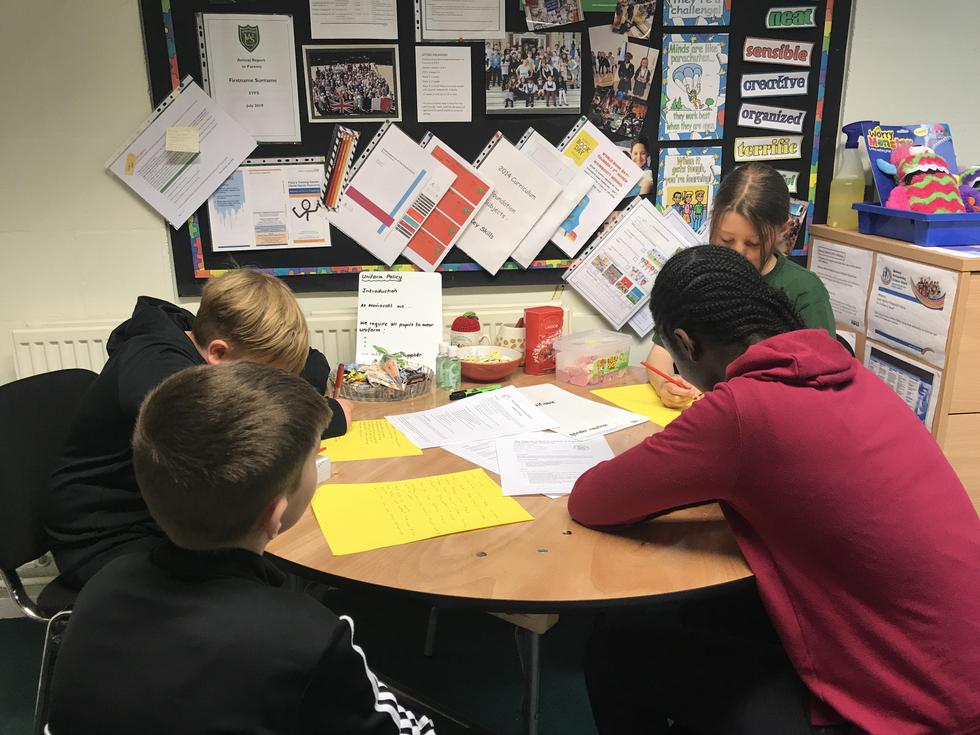 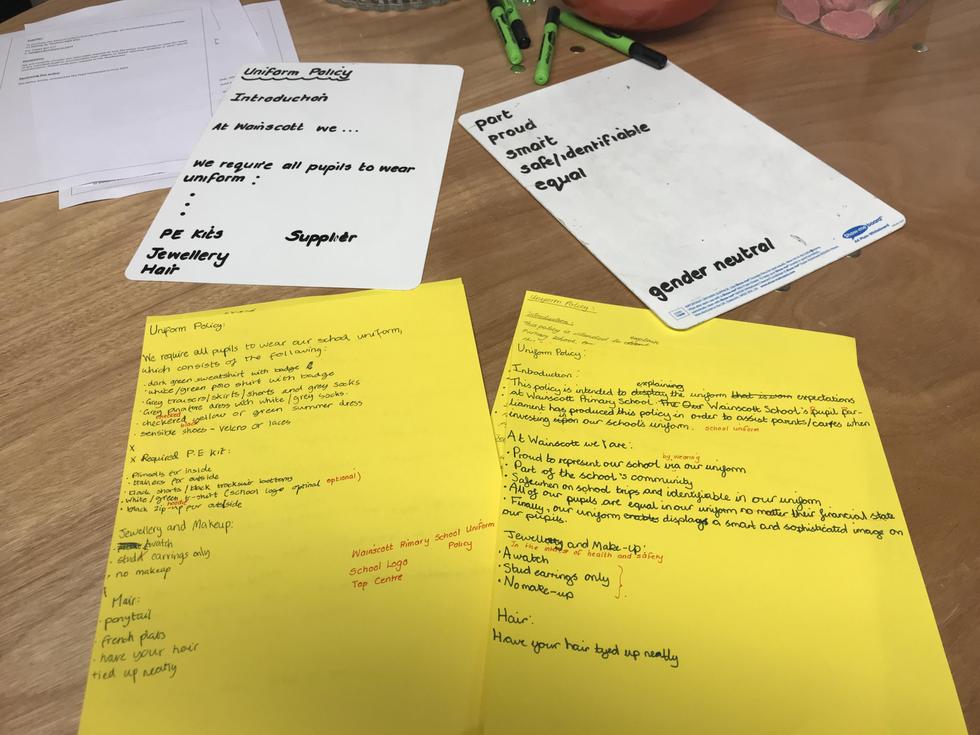 Wainscott Primary School, part of The Primary First Trust, have been busy throughout December, supporting local residents of Montgomery Court care home, and others across the community, while also finding time to fit in some celebrations of their own.

Despite the challenging year we have all had, each pupil at Wainscott wrote letters to the residents of Montgomery Court, which backs on to the school, to share festive cheer and brighten the days of the older community, who have faced a more challenging year than most. Not only has this allowed the pupils to connect with the local community but has also provided a real purpose and audience for the children's letter writing.

The school have also received the brilliant news that they have won an award from the Classrooms to Care Homes project, for their work on the letter writing project for Montgomery Court care home, and have been sent a prize, a joke book, which pupils will be able to enjoy.

Two members of the School’s Pupil Parliament delivered the letters to the care home, to ensure the residents received their letters in time for Christmas. The school’s Pupil Parliament also recently received some special training through UK Parliament Education, which went details about how Government works. This workshop inspired one of the children to write to local MP, Kelly Tolhurst, to request a zebra crossing outside the school, to enhance the safety of the pupils travelling to and from school. 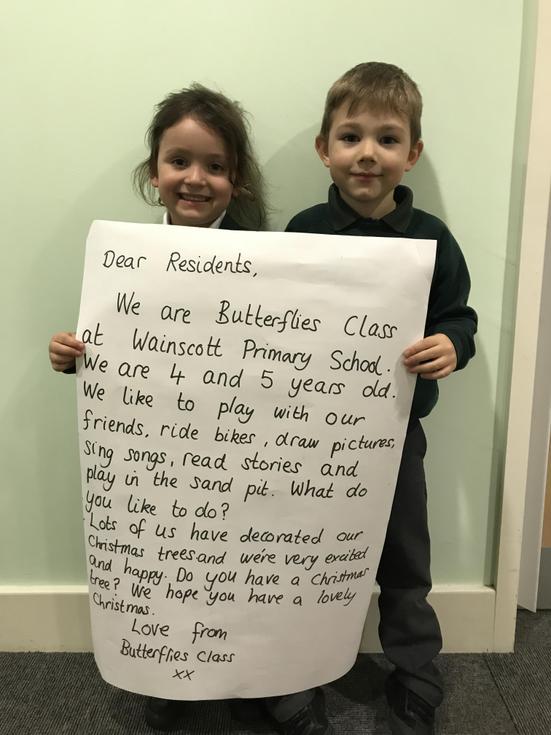 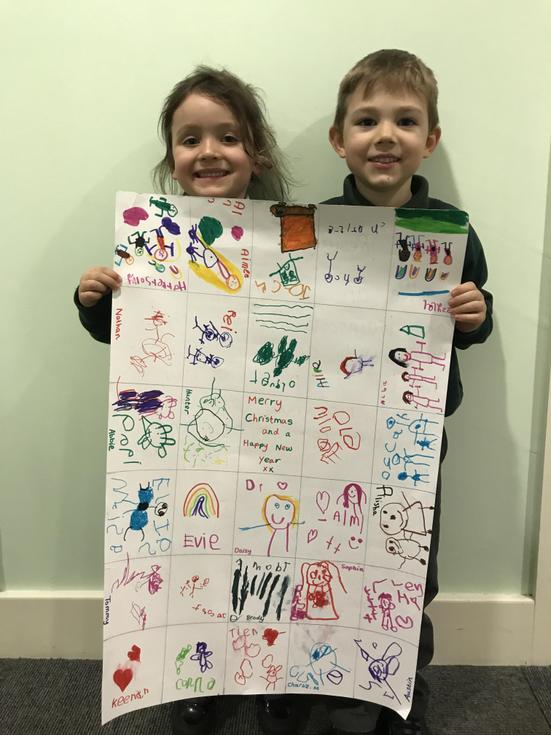 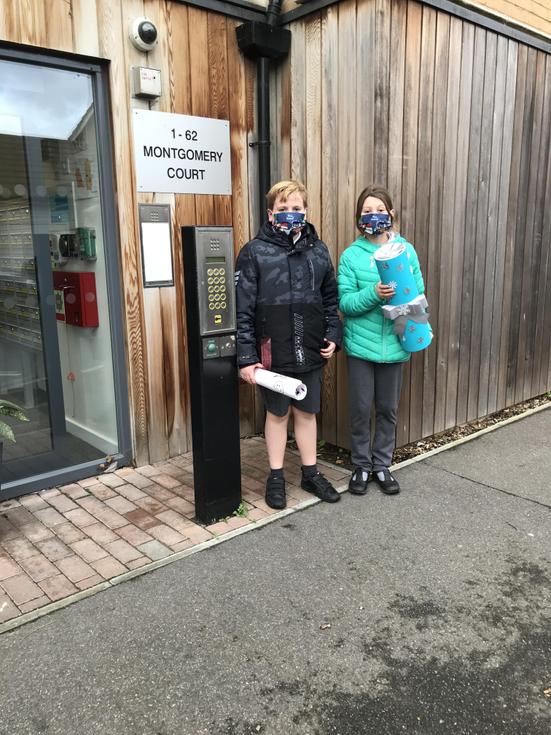 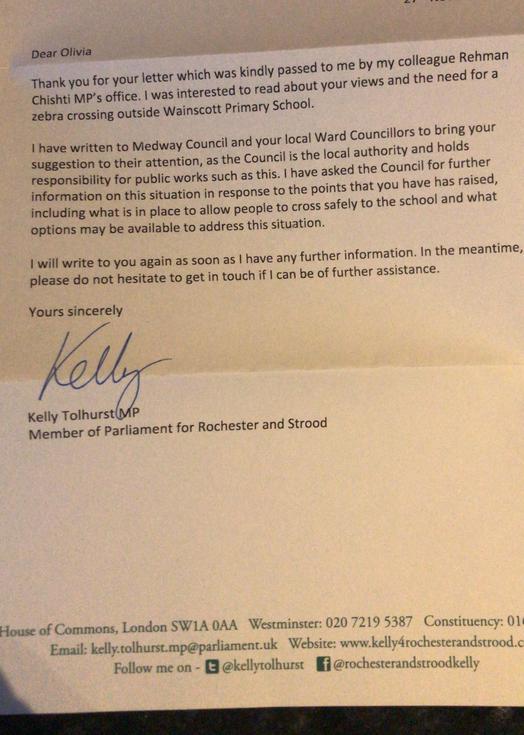 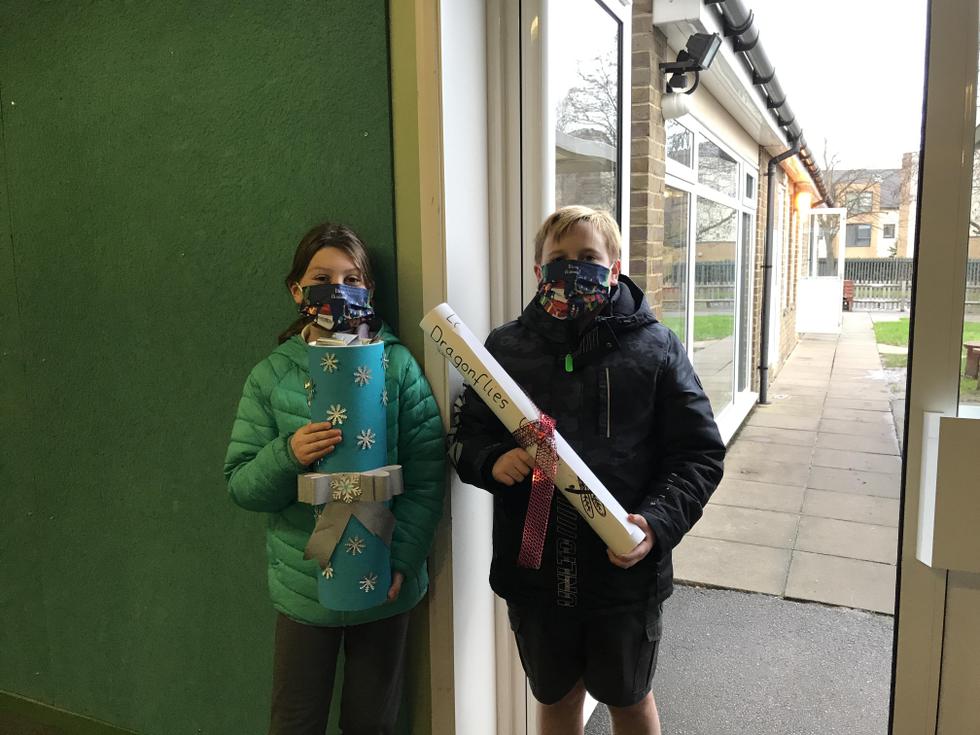 Wainscott Pupil Parliament features in The Headteacher Magazine, August 16th 2021. Click on the link to read the article. 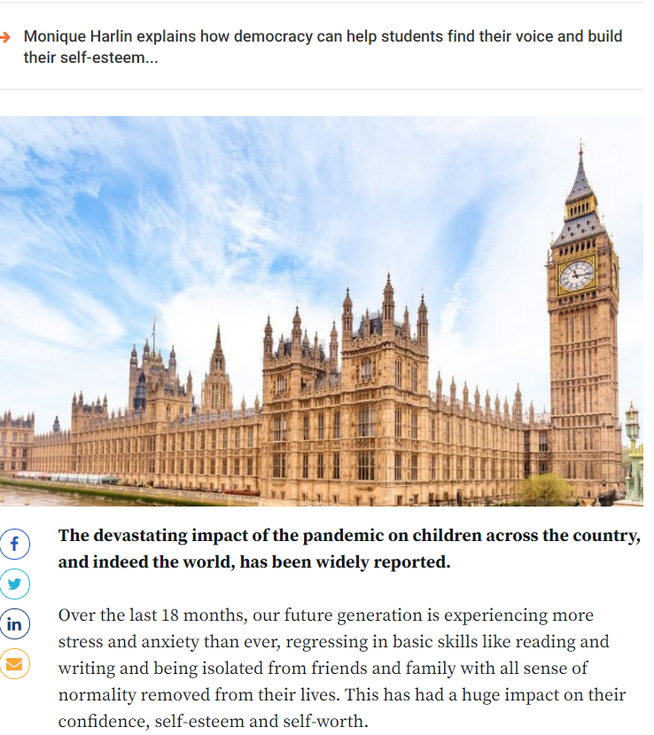 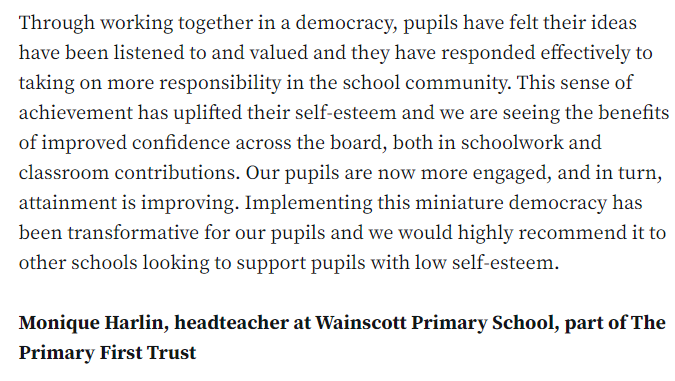